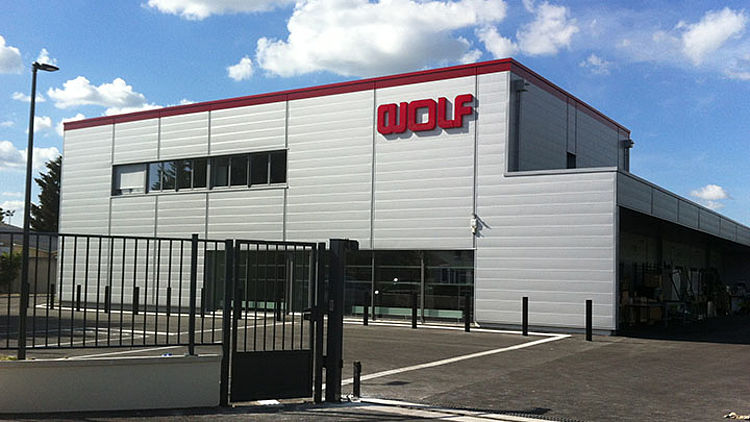 Founded in 1977, Richard Wolf France S.A.R.L. has already expanded its premises twice over the years as a result of the company's growth. Faced with an old building that required renovation and the need to address spatial issues, the company ultimately decided to erect a new building that would be able to meet the demands of today. The old building was demolished in 2017 and work on the new one started following this. The area of land occupied by Richard Wolf France has increased to 3,860 m2 through the purchase of just under 800 m2 in the city of Reims. The usable space has grown from 700 m2 to 870 m2.

"The new building will improve our internal warehouse processes and ensure that our French office is at the cutting edge and fit for the future", stated Jürgen Steinbeck, Co-CEO of the Richard Wolf Group. Featuring a new showroom and conference room, the building will be able to accommodate both guests and product training sessions. An amount just shy of EUR 1.6 million was invested in the new building. "We here at Richard Wolf are proud to inaugurate this new building and want to thank everyone who dedicated their efforts to establishing it", said Dirk Weiss, subsidiary manager at Richard Wolf France, during the opening ceremony.