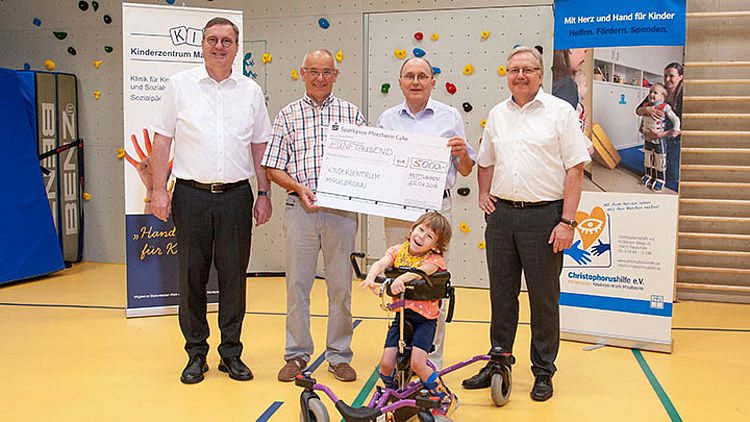 When the 2018 soccer World Cup got underway, Richard Wolf launched a fundraising campaign for the Maulbronn-based clinic (known as KIZE for short). The aim was to donate EUR 250 for every goal scored by the German national team during the tournament in Russia. "Unfortunately, our team failed to repeat the success they achieved in 2014. We therefore made the decision to multiply the amount that we raised by ten, taking it to EUR 5,000", explained Jürgen Steinbeck as he handed over the donation in Maulbronn. The children who had enthusiastically supported the campaign with video tips were also awarded a Germany World Cup shirt.

We are thrilled with Richard Wolf's generous donation of €5,000 from its fantastic campaign. It will help us make our projects a reality", said Prof. Dr. Blank when the donation was handed over.

Kinderzentrum Maulbronn gGmbH is an independent, not-for-profit institution. Since it was established almost 40 years ago, it has been part of the Social Welfare Service of the Protestant Churches in Württemberg. With its specialist clinic for pediatric neurology and social pediatrics as well as social-pediatric outpatient center, it is one of the leading interdisciplinary medical treatment institutions of its kind in Europe. At present, around 6,000 children and young people are treated in the outpatient clinic every year, with around 600 of them also receiving inpatient treatment. The clinic's landmarked building now requires urgent renovation – approximately EUR 9 million are needed to carry out the necessary fire protection and essential renovation work. All proceeds from the World Cup fundraising campaign will therefore go to Christophorushilfe e.V., the friends association of the KIZE. 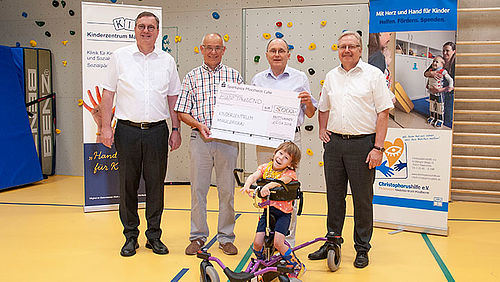